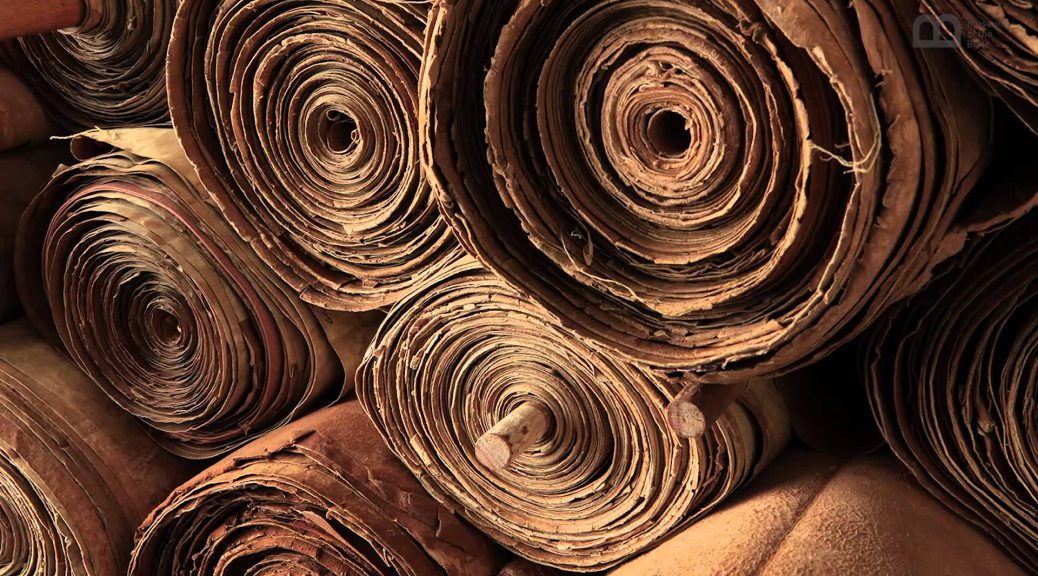 One of the things that happened when Jesus began his earthly ministry was his reading of Isaiah 61 in a synagogue setting. According to Luke 4:17 he was handed the scroll (not “book” as the Greek suggests) of Isaiah. He would have opened the scroll to the appointed parsha (the weekly appointed scripture reading) which fell on Isaiah 61. It would have been written in Hebrew, which Jesus could apparently read (not everyone could read in those days.) According to Luke’s account, this is what Jesus read (NASB):-
The Spirit of the Lord is upon me,
Because He anointed me to preach the gospel to the poor.
He has sent me to proclaim release to the captives,
And recovery of sight to the blind,
To set free those who are oppressed
We’ll ignore the fact that the reading stopped mid-verse in Isaiah 61:2 and look at what Luke reports for the first part that Jesus read, from Isaiah 61:1. When you turn to Isa 61:1, what you find is this:-
The Spirit of the Lord GOD is upon me,
Because the LORD has anointed me to bring good news to the afflicted;
He has sent me to bind up the brokenhearted,
To proclaim liberty to captives
And freedom to prisoners;
Hmmm… there seems to be some difference here that cannot be simply attributed to different ways of rendering the same text. In Luke’s account, there is missing the clause “bind up the brokenhearted” and includes an additional clause “recovery of sight to the blind.” In case you’re wondering, these differences are reflected in the Greek and Hebrew texts as well so it’s not a modern translational error.
What do we make of this discrepancy? Does it mean that the scroll Jesus was given to read was corrupted? Does it mean that our copy of Isa 61 is corrupted? The discrepancy is obviously there in the bible so we can’t ignore it or pretend there’s no problem there. As it turns out, there is a much better explanation for how this discrepancy came to be – well, a partial explanation anyway. Luke, as you may already know, was not a Jew and could not himself read Hebrew. Neither was he personally a disciple of Jesus. He followed Paul (who never really followed Jesus around as a disciple) and relied on the testimony of others to help him assemble the text for his gospel account (Lk 1:1-3).
So it is very likely that when he heard from witnesses that Jesus read from Isaiah 61, he would have heard either a verbal recount of the text of Isa 61:1-2a or was simply given a reference to the parsha that Jesus read. Being that he could not read Hebrew, he would naturally have relied on the LXX, something that we know he and Paul used a lot. So, what does the LXX’s account of Isaiah 61:1 say? [This is the Brenton English translation of the LXX Greek]:-
The Spirit of the Lord is upon me
Because he has anointed me; he has sent me to preach glad tidings to the poor
To heal the broken in heart
To proclaim liberty to the captives
And recovery of sight to the blind;
Okay – now we’ve found where the “recovery of sight to the blind” clause came from. Most likely it wasn’t there in the Hebrew parsha that Jesus read but was in the LXX version of Isa 61:1 that Luke cited for his gospel account. Unfortunately the story isn’t that simple – I mean, when is it ever that simple? When you look at the LXX, you find that it includes “to heal the broken in heart” which, if he was citing the LXX directly, Luke decidedly left out. Now it appears that Luke didn’t even have access to the LXX text, which isn’t surprising because it’s not like you could just saunter into the library and pick up a copy of the LXX for reference. What Luke had was the verbal account of a Greek speaker telling of Jesus’ reading of the Isa 61 parsha, and then citing the LXX version of it from memory, and possibly leaving out a section of a rather long verse. Alternatively, Luke could have himself missed the clause while copying the citation. Even in comparing the three versions above, you can see how easy it is to skip a clause.
There are implications to this textual problem because the LXX version came to be included as part of “inspired” canonical text of Luke’s gospel. Does that make the LXX inspired even when it clearly differs from the Hebrew text? We also know that the Hebrew text is very reliable at this point because it is corroborated by 1QIsa Isaiah Scroll that was found among the Dead Sea Scrolls (DSS) and dates back to 125BC, making it the one of the oldest extant bible manuscripts. Secondly, we can’t even get into why the LXX included the “recovery of sight” clause in a post like this, so let’s just put that aside.
What this tells us is that our whole idea of “inspiration” of the bible is rarely thought through carefully. The type of inspiration that is popularly held, what is sometimes known as “verbal plenary inspiration”, is pretty weak and leads to really poor understanding of the bible even if it appears very pious. It simply doesn’t take into account these types of problems and has a tendency to turn a blind eye or go into denial when confronted by textual issues. Simplistic answers are sometimes wrong answers.