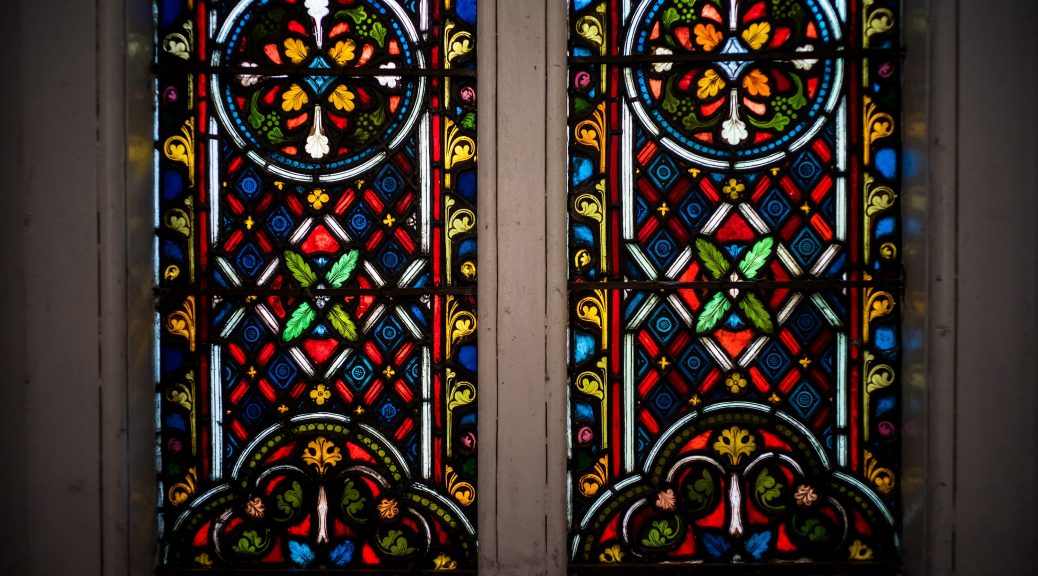 Previously we looked at how the NT canon came to be formed. The closed canon was created by necessity for the purpose of safe-guarding the church from error. It does not mean that God’s truth cannot be found in any of the other writings but that these are the officially accepted ones. They were thus endorsed because the church discerned that these writings correctly reflect the Christian message. Writings outside the canon did not receive the same official stamp of approval but could very well still prove useful and beneficial. Scriptural status was gained through the wide-spread usage of the texts within the liturgy of the church and is more an indication of the function of the texts rather than the “inspiredness” of it.

In thinking about the nature of scriptural inspiration, we must also consider the human intermediary – the writers of the texts. Only then can we really ask ourselves what exactly it is that is inspired within the text of scriptures. Let us begin with Matthew 2:6 where Matthew quotes from Micah 5:2 as proof that Jesus fulfilled biblical prophecy. Matt 2:6 (NKJV):-

“But you, Bethlehem, in the land of Judah,
Are not the least among the rulers of Judah;
For out of you shall come a Ruler
Who will shepherd My people Israel.’ ”

The idea here is that Bethlehem though small is NOT insignificant (“not the least”) because of the fact that the messiah will come forth from her folds. This is all fine until we look at Micah 5:2 (JPS):-

“And you, O Bethlehem of Ephrath
Least among the clans of Judah
From you one shall come forth To rule Israel for Me
One whose origin is from of old, From ancient times.”

You will notice that Bethlehem here is said to be the “least” in Judah, contrary to Matt 2:6. Some English translations have tried to soften this contradiction by introducing words like “though you are little” (NKJV) but the problem remains. This doesn’t change the purpose of the citation, it still shows Jesus fulfilling Micah 5:2 but we see that the writers were humans. Let us consider another example. Luke 2:4 tells us:-

Joseph also went up from Galilee, out of the city of Nazareth, into Judea, to the city of David, which is called Bethlehem, because he was of the house and lineage of David.

From this we understand that Joseph’s city of origin was Nazareth before he travelled to Bethlehem. Matthew 2, however, offers us a different sequence of events. In Matt 2:1 we are told that Jesus was born in Bethlehem and fled to Egypt soon after that. Upon return from Egypt after Herod died, they returned to Israel and eventually found their way to Nazareth and settled there. Matt 2:22-23:-

But when he heard that Archelaus was reigning over Judea instead of his father Herod, he was afraid to go there. And being warned by God in a dream, he turned aside into the region of Galilee. And he came and dwelt in a city called Nazareth, that it might be fulfilled which was spoken by the prophets, “He shall be called a Nazarene.”

It appears that we have two conflicting accounts of the movement of Joseph and his family in Luke and Matthew. What do we make of this? What about when Matthew quotes Jeremiah in Matt 27:9-10:-

Then was fulfilled what was spoken by Jeremiah the prophet, saying, “And they took the thirty pieces of silver, the value of Him who was priced, whom they of the children of Israel priced, and gave them for the potter’s field, as the LORD directed me.

Unfortunately there is no such verse in Jeremiah, although we do have the verse in Zechariah 11:12-13:-

Now on the first day of Unleavened Bread, when they killed the Passover lamb, His disciples said to Him, “Where do You want us to go and prepare, that You may eat the Passover?”

John, however, has other ideas about this because Jesus was crucified on the day before the Passover, the preparation day. John 19:14:-

Now it was the Preparation Day of the Passover, and about the sixth hour. And he said to the Jews, “Behold your King!”

Surely they can’t both be correct – that is Jesus celebrating the Passover after he had been crucified? The purpose of these examples (and there are many more) is to make us ask concerning the nature of scriptural inspiration. Do we mean that every single word (including those errors above) were divinely given by God? In which case, God must have made some mistakes. Or do we argue that the text was somehow corrupted in transmission and has become unreliable? It is in thinking about such textual issues that I find the verbal plenary views of inspiration to be untenable and unhelpful because they do not explain our text. Article VI of the Chicago Statement on Biblical Inerrancy, for example, states that:-

WE AFFIRM  that the whole of Scripture and all its parts, down to the very words of the original, were given by divine inspiration.

If we were to take this position in the light of the above examples, it must mean that either God made mistakes, or that He was deliberating misleading us, or that our texts are corrupt. None of these are helpful conclusions – and that is why I think we are in need of a less pious but more historically sound idea of inspiration.

I am inviting you to consider a more sophisticated view of scriptural inspiration – one of inspired truth delivered to men who relied on their human abilities to convey it. This truth that is couched in those earthen vessels is a simple and robust core, expressed in a variety of ways through our NT writings, and is so obvious that it shines clearly through in spite of the imperfections of the vessels.

In this view, the authors had received truth and revelation from God through various means – through the Lord’s teachings himself, or through apostolic traditions handed down. The first thing we believe in this idea of “inspiration” is that they received the revelation correctly and sufficiently for its intended purpose(s). So for example, when Jesus says in Mark 4:31 (NKJV) that the mustard seed “is smaller than all the seeds on earth” – I will hold that the statement concerning the absolute size of the seed in relation to other seeds, this scientific statement, is not part of the intended purpose of Mark 4:31. The intended purpose was to make a parabolic point to serve within the larger illustration. The inspiration is limited to the truths that the writings were intended to convey. I call this the inspiration of “authorial intent”. In the same way, the bible writers were not generally intending to make scientific or absolute historical comment and the absolute factual content of those (scientific or historical) comments, when they appear in the bible, are incidental rather than essential and are therefore not regarded as “inspired”.

In the same way, when Matthew misquotes Micah, that was the human artefact in his writing. His intent was to show that Jesus fulfilled OT prophecy – this is the inspired intent. What this means is that we have to read the bible for intent (and intended message) rather than becoming obsessed with the particularities of a text. While it is important to study the text because this allows us to understand what the author meant to say, it is also true that the authorial intent is not generally obscure. They are relatively easy to understand once you get past the basic language issues. Where textual studies are important is to ascertain what was actually written. Historical and contextual studies help us to understand what was meant. Theological studies help us piece it all together to get a big picture of the biblical truth.

Theology, history and language inform each other to help us arrive at a better understanding of the author’s intent. To some extent our distance from the cultural and linguistic context of the original writers of the bible means that more work needs to be done to regain the correct understanding and this sometimes requires specialist skills in language and history to help in uncovering those original messages and meanings. It is an unfortunate reality that there is this added layer of obscurity that was not originally present but inevitably so given the passage of time.

There are some implications to this view of inspiration – namely that if we take verses out of the intended purpose of the authors, it can no longer be considered “inspired”. In this view, inspiration does not necessarily reside in a particular noun, verb, adjective, conjunction, article, or even sentences, but in the meaning contained by the collective words and sentences as intended by the authors. It is a view of divine revelation wrapped up within the author’s understanding, wrapped up within the limits of the cultural context, wrapped up within text, wrapped up in transmission and finally wrapped up in translation. This multiple layers of wrapping still works because the inspired intent of the authors – the divine revelation – is robust, simple and redundantly communicated through many aspects in the bible as a whole.

Let me just close this post with this illustration. You want to convey the appearance of your face to your friend in another country but you can’t fly there yourself. So you start by taking a photograph of yourself with a digital camera on your phone, for example. The moment you do this, your image is broken up into millions of little dots called pixels. If you zoom all the way in, you will only see what appears to be a mosaic of pixels and nothing like your face. But this works because you have many pixels and your face is pretty big. This digital image is now compressed when you send it through e-mail to your friend, a process that throws away a whole bunch of pixels that the computer deems unnecessary (ie. that you won’t notice) in order to make the image smaller and easier to send. When your friend receives the file and opens it, he views it on his old monitor which has a few hundred faulty pixels (out of a few million) and faded colours. Not only that, his monitor has less pixels than your original photograph. By this time, you could say that the original file has undergone considerable “corruption” but when he looks at the picture on the screen, he will recognise you right away. He might not be able to count the hairs on your eyebrows or see the little mole on your cheek, but it is sufficient to get the intended picture. This is pretty much why this view of inspiration works – it focuses on the essential message, one that is robust enough to withstand the vagaries of time. In short – biblical truth is robust in nature.

I’ll probably discuss this a little more in another post as this one seems to be getting rather long. Hope this is helping.