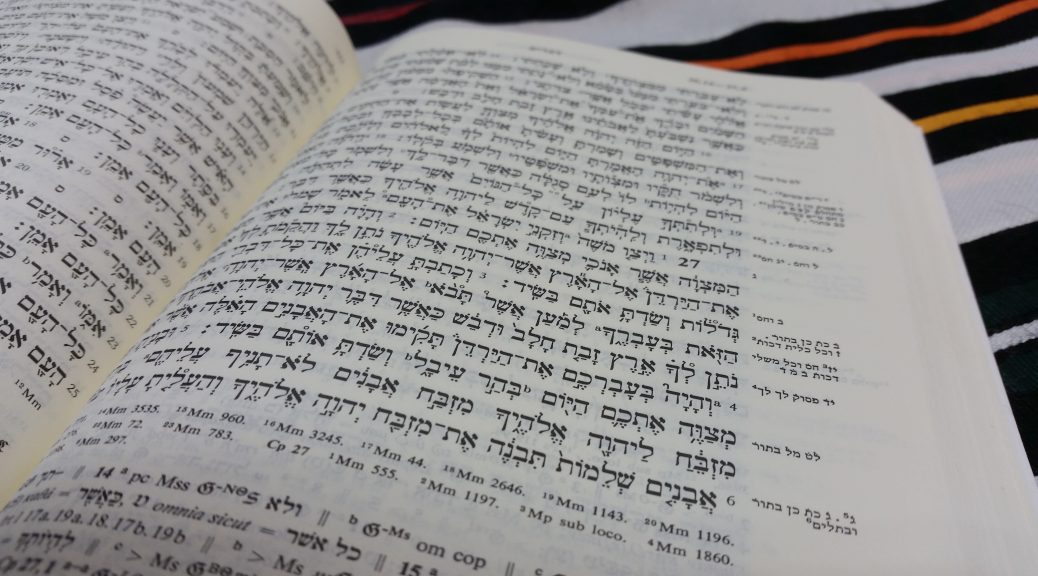 In writing about textual and linguistic issues, it becomes natural to ask about the nature of scriptural inspiration. I thought I’d write down some thoughts on this rather important subject. Let’s just start where we find the word in the bible – 2Tim 3:16. Paul was writing to Timothy to encourage him to stay the course and to hold fast to what he has been taught. In the preceding v.14-15, Paul tells Timothy to continue in what he had learned and then referring specifically to “the Holy Scriptures” as the source of his learning. Paul further adds that these “Holy Scriptures” were able to make him wise salvation through faith in Jesus Christ.

The phrase “Holy Scriptures” (NKJV) or “sacred writings” (NASB) here is translated from the Greek ἱερὰ γράμματα (Gk:hiera grammata). “Writings” is a good translation – elsewhere in the NT, the same word is often translated “letters” so we’re thinking “holy letters”. Note that since the earliest Greek were uncials (all uppercase), there is actually no capitalisation in the Greek. When you see capitalisation, that’s the input of the translators and isn’t reflected in the original text.

Now, this phrase “hiera grammata” is an odd one, as it is not found in this combination anywhere else in the bible (not even in the LXX). The context of the verse suggests that this refers to the Tanakh (our Old Testament) because at this point of writing, the gospels have probably not been penned yet. Paul died around 64AD and Mark, often believed to be the first gospel to be written, would have been written just after that and before 70AD. This means that the most likely candidate for “hiera grammata” would be, as suggested in the context, the Tanakh. Timothy, being born to a devout Jewish mother, would have been taught the Tanakh since he was young so that v.15 would make good sense.

Paul goes on in v.16 to elaborate that “All scripture is given by inspiration of God, and is profitable for doctrine, for reproof, for correction, for instruction in righteousness, …” (NKJV and NASB) It should be obvious that Paul wasn’t referring to ALL kinds of writings at large but to all the scriptures he had just been talking about, namely the Tanakh. He certainly could not have been referring generally to the yet unwritten gospels. It is also quite unlikely that he would be referring to his own letters (including the one being written). The word “scripture” here is different from the “grammata” of v.15. It is another related word – γραφὴ – which is also used to refer to the Tanakh in Mark 12:24 and elsewhere in Pauline epistles. I think it is quite safe to say, on the basis of the context and on lexical usage, that the “scripture” in the mind of Paul is simply the Old Testament.

These (OT) scriptures, Paul says, are θεόπνευστος (Greek:theopneustos = “god-breathed”) which is translated as “inspired” in most English versions of the bible. Here again you find a word that doesn’t appear anywhere else in the NT or LXX texts (For geeks: We call this type of word a “hapax legomena” or just “hapax” for short.) When you get a hapax, it makes it difficult to extract meaning contextually since it only appears this once. Scholars try to look at the etymology of the word – “theo” (god) and “pneuma” (breath, spirit, or wind) – to guess the meaning. It seems to suggest that the subject that is “inspired” is infused with the breath (or spirit) of God, whatever that means. This approach doesn’t always work since many words have meanings totally unrelated to it’s root words, eg. hippopotamus (ἱπποπόταμος) = horse (ἵππος) + river (ποταμός), but it is neither a horse nor a river.

*As an aside, Paul had the habit of inventing words – words that don’t appear in classical Greek literature, or used in other NT writings. Sometimes he uses words from the LXX or combines words to make new ones.

So what does Paul mean by θεόπνευστος? Fortunately for us, Paul himself furnishes the answer to this question in v.16 itself – it means that the scripture in question is useful for teaching, reproof, correction, training, etc. He certainly wasn’t putting forth a doctrine of “inspiration” as we know it. As far as I can tell, he was simply pointing out that the Tanakh contained God given truths that are “profitable” (ὠφέλιμος = “beneficial”). That’s about it!

This means that if all we had was 2Tim 3:16 – we’re not going to end up with too much of a doctrine of inspiration because Paul certainly wasn’t saying anything unusual there. We sometimes make a bit too much of a word, it seems. It doesn’t mean there is no doctrine of inspiration but it does mean that we are going to need a whole lot more than just 2Tim 3:16 which is all too often used as proof-text. This verse does not tell us anything about how the bible (OT and NT) embody the revelation of God. That is rightfully an important subject worth exploring. This we will do, hopefully in future posts (if there is interest of course.)

*Note of interest: The context of 2Tim 3-4 includes ideas such as “my teaching”, “sacred writings”, “scripture”, “the word”, “sound doctrine”. Paul clearly had something in mind when using these words – something that extends beyond simply the Tanakh. Very likely we’re talking about Paul’s theological ideas that incorporated the OT and prevailing teachings of Jesus as taught by the other apostles and elders.