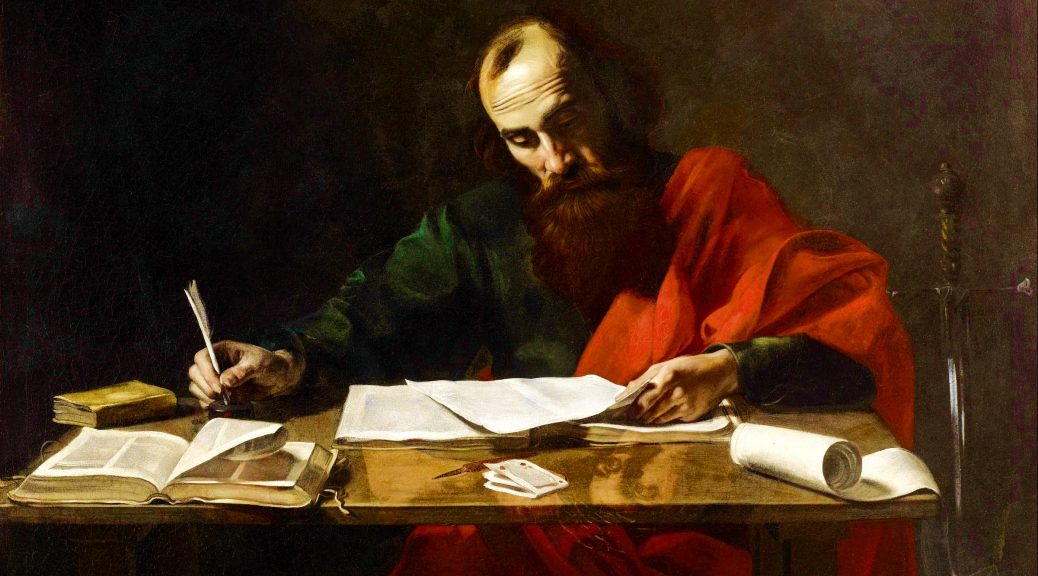 In my previous post, we looked at where Paul had possibly arrived at an unorthodox position as a result of reliance on the LXX. Fortunately, it was not a real deal breaker – in the end, one was still to be kind to our enemies whatever the motivations might be. From a pragmatic point of view, it got the job done even though the supposed “biblical justification” failed. To be sure, this wasn’t the only instance where Paul went off the rails when citing the OT in his arguments. Of course, in all fairness, he probably didn’t have the tools and references that we have today. Nevertheless, it still remains a rather interesting curiosity that challenges us on how we see the writings of the NT. In this post, we will look at another one (or two) such instances, beginning with Eph 4:7-11 (NKJV):-

But to each one of us grace was given according to the measure of Christ’s gift. Therefore He says:

“When He ascended on high,
He led captivity captive,
And gave gifts to men.”

And He Himself gave some to be apostles, some prophets, some evangelists, and some pastors and teachers …

I have left out verses 9 and 10 for brevity but let us look at the above verses. These should be pretty familiar verses because of the important place they occupy in the teaching of the so-called “five-fold ministry” of the church. Paul was making the point that Christ, having been resurrected from the dead and ascended into heaven, gave gifts to men – in particular the five-fold ministries. In order to back-up his argument, Paul partially cites Psalm 68:18 (NKJV) to make that connection between Christ’s ascension and the giving of gifts. The problem, though, is that he misquoted the verse. Psa 68:18 (NKJV):-

You have ascended on high,
You have led captivity captive;
You have received gifts among men,
Even from the rebellious,
That the LORD God might dwell there.

Even without going into the Hebrew (or the LXX in this case), it is clear to see that Paul had mis-remembered Psalm 68:18 where it says that the Lord, in his ascended state, received gifts among men rather than gave gifts to men. It is obvious from the context of Ephesians 4 that Paul totally understood it as the Lord giving gifts (and thus not due to copyist error) – completely opposite from what the Psalmist wrote. The Hebrew word לָקַ֣חְתָּ (laqachta) is explicit in the direction of the gifts and leaves no room for misunderstanding or confusion of the meaning.

So here we have an example where Paul based his argument upon a mis-remembered OT verse. There is no squirming out of this one easily. Fortunately, it is not of great significance because the OT citation isn’t needed to make the point that Christ gave us gifts – a point that can be made in other more legitimate ways. It does show, however, that Paul does get his OT wrong at times. He got the broad strokes right, but sometimes gets the details (and exegesis) wrong.

For if that first covenant had been faultless, then no place would have been sought for a second. 8 Because finding fault with them, He says: “Behold, the days are coming, says the LORD, when I will make a new covenant with the house of Israel and with the house of Judah — not according to the covenant that I made with their fathers in the day when I took them by the hand to lead them out of the land of Egypt; because they did not continue in My covenant, and I disregarded them, says the LORD.

The following verses continue in the citation of Jer 31 which you can verify for yourself. The underlined words are where the discrepancy lies. Jer 31:31-32 (NKJV) reads:-

So how did the author get the idea that God disregarded faithless Israel? You guessed it – bad LXX translation. This is what the passage reads in the LXX, Jer 31:31-32 (LXX Brenton-English):-

In this case, the writer of Hebrews actually correctly cited the LXX but the LXX contained a mistranslation of the original Hebrew. Once again, this isn’t really that significant as long as we’re looking at the broad strokes.

In addition to misquotations, Paul also quotes the OT out of context at times. Take Rom 10:5-8 (NKJV) for instance:-

For Moses writes about the righteousness which is of the law, “The man who does those things shall live by them.” But the righteousness of faith speaks in this way, “Do not say in your heart, ‘Who will ascend into heaven?’ ” (that is, to bring Christ down from above) or, “ ‘Who will descend into the abyss?’ ” (that is, to bring Christ up from the dead). But what does it say? “The word is near you, in your mouth and in your heart” (that is, the word of faith which we preach)

But the word is very near you, in your mouth and in your heart, that you may do it.

This seems alright on the surface until you read the rest of Deut 30:11-14 (NKJV) and discover that it has a completely different context. Deut 30:14 is talking about the LAW being something that can be performed, that isn’t too difficult to achieve or to attain. In other words, Deut 30:11-14 was in fact making the opposite case than Paul was making. God was saying that the people should obey his commandments (Law) and that these commandments aren’t hidden in heaven that one needed to ascend into it, nor unreachable beyond the sea. Rather, “the word is very near you, in your mouth and in your heart, that you may do it.” Paul, however, makes a completely different case and turns it into a verse about the “word of faith”. If anyone were to make such a case today, they would be shot down for using the bible out of context, and they would be right.

And yes, there are still other instances where Paul does this. In many of the cases, he mangles the original OT meanings and gives it a different or even opposite meaning. One might ask – why does Paul do this and why didn’t anyone point it out? Well, for one, Paul was writing mostly to Gentiles and they were pretty ignorant of the OT texts. In fact, most of the uneducated Jews may not even know the OT well enough to catch these errors, especially when they heard it in a reading. Secondly, Paul’s heavy reliance on the LXX means that he inherited the translational errors inherent to the LXX. These sometimes got incorporated into his own pastoral and doctrinal teachings. Thirdly, Paul was a Pharisee and he might have been used to “Midrashic interpretation” which, in summary, allows a Rabbi to pretty much say anything he wants without regard to the meaning of the OT text being cited. Here is how it is explained by David Stern in this essay (pg.1865):-

The scholar Michael Fishbane, who has exhaustively studied these and similar cases in the Bible, has described them as part of a larger phenomenon which he calls inner-biblical exegesis … Although most of these examples are not, strictly speaking, exegeses … These include the tendencies to harmonize conflicting or discordant verses; to reemploy and reapply biblical paradigms and imagery to new cases; to reinvest “old” historical references with “new” historical contexts …

That’s just a very scholarly way of saying that “Midrashic interpretation” basically makes up stuff that isn’t there. This is (still) a feature of Rabbinic Pharisaism and Paul might have been used to it. That, of course, doesn’t make it right but it might explain this penchant of his. What it does not do is legitimise the practice. This shouldn’t surprise us, though, because Paul was, after all, human like us and prone to eisegesis as we are.