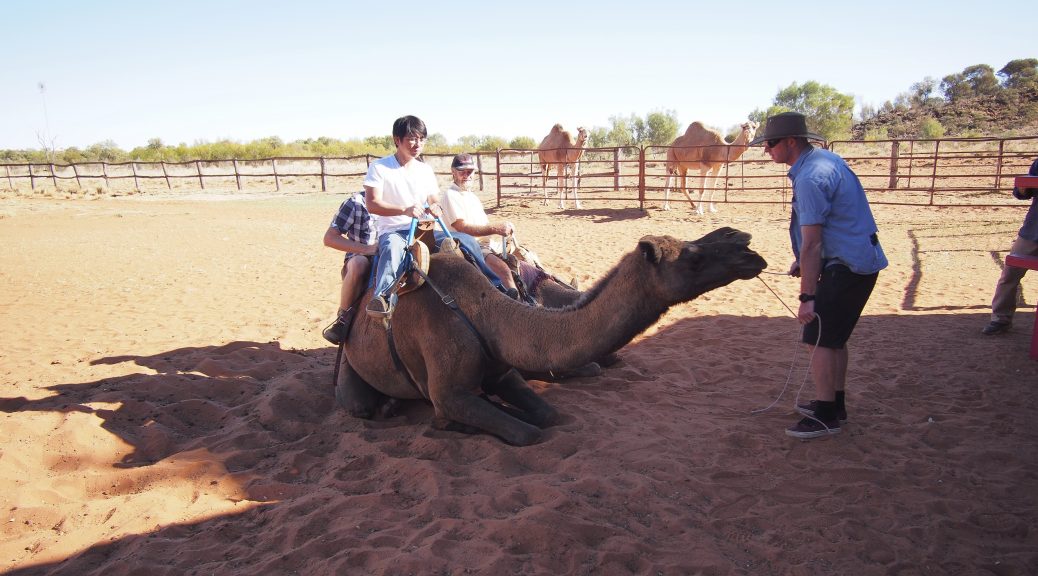 Okay, I know I made a “concluding rant” but this was too interesting (and it has Aramaic too!) to leave out so bear with me for just one more short rant. This one comes from Matt 19:24 (and also Mk 10:25, Lk 18:25). The NKJV reads:-
“And again I say to you, it is easier for a camel to go through the eye of a needle than for a rich man to enter the kingdom of God.”
I have read some suggestions that the “eye of a needle” might be referring to a small door by the main gate to allow a man through at night when the gates are closed. Supposedly, the door is so small that you would have to shed all your baggage just to squeeze through and a camel would have a hard time getting in. Nice try. Unfortunately no such “eye of the needle” doors have been found in the walls of Jerusalem and certainly none that are so named, so strike that one out.
Still, we have to admit that the idea of a camel going through the eye of a needle is a rather awkward metaphor. That’s like saying, “This bag is as heavy as a a forest.” You know – the metaphor doesn’t really work because of the lack of obvious connection between the principal subjects. So what’s going on here? Why “camel”? Well, we do have a very compelling explanation for this that comes from the fact that Jesus probably taught in Aramaic or Hebrew. The above verse would have been rendered as such (Aramaic/Syriac: R-to-L):-
ܬܘܒ ܕܝܢ ܐܡܪ ܐܢܐ ܠܟܘܢ. ܕܦܫܝܩ ܗܘ ܠܓܡܠܐ ܕܢܥܒܪ ܒܚܪܘܪܐ ܕܡܚܛܐ. ܐܘ ܠܥܬܝܪܐ ܠܡܠܟܘܬܐ ܕܫܡܝܐ.
That’s just for you to see what Aramaic script looks like. The word “camel” is the 8th word in the sentence ܓܐܡܠܐ (I left out the preposition for clarity) and reads as “gamlo” which means “camel”. There is another Aramaic word that sounds very close to this. The word ܓܐܡܠܥ (Aramaic:gamla) meaning “rope” according to Mar Bahlul, a 10th century Aramaic lexicographer. In George Lamsa’s Peshitta (Aramaic bible) translation, the word “rope” is used in place of “camel”.
At the same time, the Greek word for “camel”, κάμηλον (Greek:kamilon) is also somewhat similar to the Greek word for “rope”, κάμιλος (Greek:kamilos) although this usage is very rare (see BDAG: κάμιλος.) Cyril of Alexandria (376-444AD) insisted that it should have been “rope” instead of “camel.” (This can be found in his work: Fragment 219.) In fact, there are some post 10th century manuscripts of the gospels that have “rope” instead of “camel”, which makes a bit more sense as a metaphor.
These are all speculative, of course. The point is that just one little stroke of the pen, one vowel, can completely change the metaphor. Just because a metaphor is awkward does not, however, mean that there is a textual problem. It may just be that the original context may have been lost and we no longer understand it as it was meant to be understood. Fortunately for us, in this case – whether it was a camel or a rope, the meaning is not lost to us – it’s just a very hard thing to do enter through that eye of a needle.