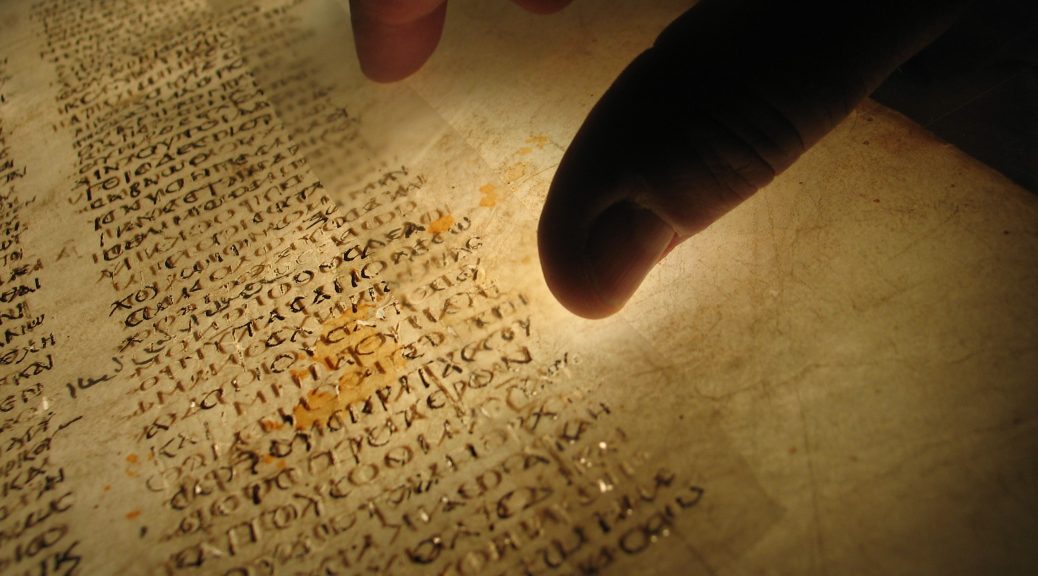 I’m making a note to myself to keep these posts short but I must admit that I do get carried away by the topic in question because it is so fundamentally important to our faith. We’ve been working towards a more sophisticated yet robust view of inspiration, one that takes divinity and humanity together in a sensible yet effective manner. If you haven’t done so, I recommend reading the previous post(s). Now that we have an idea of what a doctrine of inspiration can be, what would the truths and revelations contained in the bible look like? What are the implications of such a view of inspiration?

Well, first of all – these truths would be simple and easy to understand. It’s not going to be “rocket-science” or anything with levels of detail that would demand more rigorous modes of transmission. Biblical truths should be broad-stroked rather than fine-grained. The bible is not going to spell out fine details about what we should or should not do, or how we should or should not do it, in general. The nature of inspired truth is going to be more like broad principles and guides. Anything else will require us to postulate outlandish theories of God directly intervening in every step of the transmission, including translations, and the sum of evidence that we have does not support this theory. One should likewise be wary when someone purports to bring a specially derived “revelation” from the bible, usually involving convoluted reasoning – this is probably not inspired truth.

Secondly, it should not be obscure or esoteric. You won’t need a secret key to unlock the bible as such – the bible is designed to make truth known to us, rather than to conceal it from us. While it was true that Jesus used parables to confound his skeptics (and cynics), he ultimately revealed the truth to seekers and that revelation is often captured for us in the writings of his disciples. There is no “bible-code”, unfortunately for conspiracy theorists or neo-gnostics. Deu 30:12-14 (NKJV) tells us:-

The point of scripture is to make this easy to understand broad principles of God known to man. While the bible contains many details, we are to make an abstraction from those details to arrive at the underlying truths, as opposed to being caught up in the details. So if Jesus made mud out of his saliva and healed the blind – the point is that Jesus healed the blind. Some Christians get hung up on the details of the methods or even try to duplicate them, as if the secret rested therein. A case in point is the longer ending of the gospel of Mark. If you have a half-decent study bible, you will notice that Mark 16:9-20 comes with a footnote that tells you that this section is absent from all the earliest and most reliable Greek manuscripts (including the Codex Sinaiticus and Codex Vaticanus). How it appears in the most reliable manuscripts is as follows (the alternative Mk 16:9):-

They reported briefly to those around Peter all that they had been commanded. After these things Jesus himself sent out through them, from the east to the west, the holy and imperishable preaching of eternal salvation. Amen.

This is known as the “shorter ending” of Mark and is considered the more reliable one. Scholars believe that the longer ending (the one in most of our bibles) verses were scribal additions not present in the original autograph. Without going into the actual debate, one could say that while the details of the longer and shorter endings differ, the spirit – the broad strokes – remain the same, namely that Jesus sent the disciples into the world to preach the gospel. With the longer, and more unreliable, ending however, you get a whole bunch of details, including v.18 which says that disciples who thus go out (Mk 16:18):-

“… will take up serpents; and if they drink anything deadly, it will by no means hurt them; they will lay hands on the sick, and they will recover.”

I think most of us would not presume to test out the veracity of this “promise” any time soon. Christians taking a literal and plenary view of inspiration, however, are faced with two options – to either explain away the verse, or explain why they ignore what they consider God’s direct word, or if they have enough integrity (and insanity) to actually do it. As it turns out, there are a small number of Pentecostal (holiness movement) churches in the US who espouse exactly this. The idea being to take verbal plenary inspiration to the extreme and as a result, they actually have snake handling as part of their worship services to prove that God is keeping His promises, much in the same way that some Charismatics use miracles and healing to prove a point. Recently, there was a bit of unfortunate news in one of these churches in Kentucky whose pastor was bitten by a viper and refused medical treatment, and died. My point is that the most reliable revelations rest in the non-obscure truths of the bible.

The third feature of biblical revelation is that it must be presented in a redundant manner. In other words, you won’t find a crucial revelation that only appears in one single verse or a single word. Can you imagine what the ramifications might be for God and for us if a worm happened to eat through the papyrus in that particular spot? God is smarter than that and His truth is spread out in a redundant (meaning that there are many backups) fashion throughout the text. If it appears in only one place – it should be suspect in so far as being made into dogma or doctrine. So if you find a rare verse such as Ecc 10:19 (NKJV) that says:-

A feast is made for laughter,
And wine makes merry;
But money answers everything.

you just have to ask yourself if this is the consistent message of the bible or just an oddity. To assume that every single word, even in context, is God’s direct word could be theologically disastrous. I don’t personally understand why this isn’t admitted by more theologians and teachers – especially those insisting on plenary inerrancy. They usually will jump through all kinds of hoops to try and squirm their way out of such issues mainly because their view of inspiration is flawed from the start. It’s their view that is flawed, not the text of the bible per se. 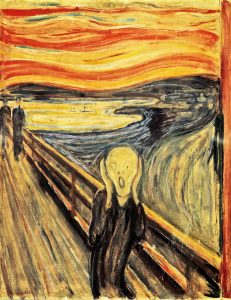 When you enter an art gallery and look upon a painting, “The Scream” by Edvard Munch, for example, and start commenting: “Oh this is a terrible painting. Look how the eyes lack eye brows and is so disproportionate. The face is also missing a ear and who has ever seen a sky that looks like that. This is a terrible representation of truth,” you’d be missing the point of the painting. The problem isn’t the painting. It’s your expectation of a photograph when the artist never intended to give you a photograph. Correct interpretation of the painting will require a correct understanding of the nature of the piece of art, and in this case it is an abstract style known as “expressionism”. Many Christians make exactly this mistake – going to the bible expecting a “photograph” because that’s the easiest thing for them to interpret when the bible isn’t a “photograph.”

I think with this post, I will conclude the discussion on inspiration – this inspiration of authorial intent is a pragmatic and practical view that takes reality into account. It does take some of the mysticism out of the bible and for those who cherished that mysticism, what can I say but “sorry”. The saving power of the bible, however, lies not in its mystical nature but in the truth that it contains. So there you go – stop making the bible say what we want it to say, or say what it never intended to say, and start listening to what it is trying to tell us.