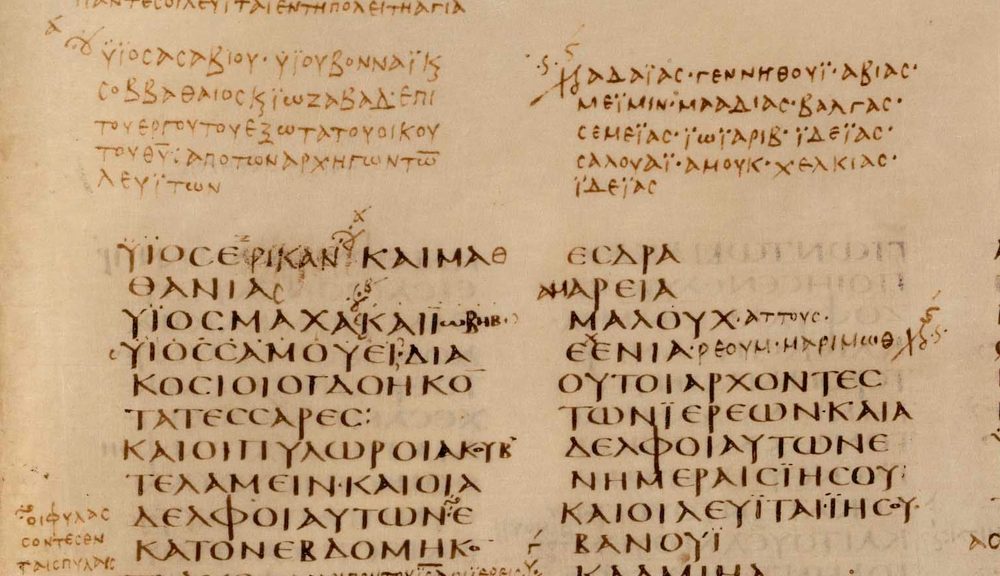 In a previous post I pointed out how 2Tim 3:16 could not be used as proof-text for the idea of biblical inspiration.  We looked at the text and the context to arrive at that conclusion. But even if 2Tim 3:16 had been a proof-text, there would still be logical problems with a book, 2Timothy in this case, being considered inspired just because the same book declares itself to be inspired. There is circularity in the logic here and it would be like an accused saying, “I’m innocent because I said so!” We would not accept that kind of reasoning in the courts of law, so why would we resort to that kind of logic when it comes to the issue of the inspiration of scripture? What this shows is that we’re going to need a whole new kind of reasoning if we’re going to show the inspiration of scripture, and stop relying of proof-texts. The early church surely could not rely on 2Tim 3:16 to determine whether a book was inspired or not. So how did they do it?

While the early Christians readily accepted the OT canon, things were less tidy with the NT writings. Various letters were often circulated and read in the different churches. Back in those days, one of the main ways information was disseminated was through public reading. This is also why it came to be that scripture reading was a part of church life from very early on. In addition to reading of scriptures, letters from various persons and other churches were also read. Acts 15:23-29, for example, is a short letter from the church in Jerusalem to the church of Antioch, Syria, and Cicilia. Such a letter would be read publicly – a little bit like what we might do in our “announcement” segment of our church services.

Over time, some of the letters gained greater circulation whilst others surely faded away. The trouble was that there were a great number of such letters going around and it eventually became a concern as to the veracity of those letters. Some were clear forgeries and it came to the attention of bishops these were being read in the churches, which led to some reactionary measures which included certain simple criteria being put in place for what could be read. This happened pretty early on, as soon as the documents falsely claiming to be authoritative started going into circulation, as you would expect. This was not an organised effort, especially since the early church wasn’t as institutionalised as it is now. I suppose it would not be too much to say that it was actually more of a commonsensical approach, as opposed to a mystical or religious one. It came about that some of these criteria became more useful and widely accepted. We will discuss these criteria but for now, let us begin with the nature of the NT writings from the perspectives of the authors themselves.

The books of the NT were not “born” as scripture. They were originally letters of communications to various individuals and churches addressing a variety of needs and issues. We know this because Paul, in several places, specifically said that he was rendering his own opinion in the midst of teaching biblical positions (on the basis of OT laws.) The case in point here is 1Cor 7:25 (NASB):-

Now concerning virgins I have no command of the Lord, but I give an opinion as one who by the mercy of the Lord is trustworthy.

Prior to this, in 1Cor 7:19 (NASB), Paul indicates that he was teaching: “… but what matters is the keeping of the commandments of God.” In essence, Paul was applying OT principles into the Corinthian context, producing a teaching that was based on (OT) scriptural authority. After he had done this, he inserts v.25 as his own opinion. I think it is quite clear that Paul wasn’t of the mind that he was writing new scriptures that were inherently authoritative. His teaching was authoritative in a derivative sense – in that it reflected (OT) scriptural principles, albeit interpreted with the benefit of Christian history. He does this again in 2Cor 11:17 (NKJV):-

What I speak, I speak not according to the Lord, but as it were, foolishly, in this confidence of boasting.

Once again, Paul explicitly injects what he considers his personal views into the text, referring to most of 2Cor 11. It seems rather unlikely that Paul was writing this with the mind that he was creating inherently authoritative scripture (as opposed to derivatively authoritative.) None of the early Christians would have initially anticipated that there would one day be a selection of their writings that would be considered “scriptures” in the same way that the “holy writings” of old were.

This is an important thought, and if true, it must be asked – at which point did these NT writings come to be regarded as “scriptures”? The thought is important because most Christians assume that the NT books are scriptures because they were inspired by God, presumably from the time of writing. But at the time of writing, it is likely that the authors as well as the readers had no notion of the letters being inherently inspired, much less as holy scriptures. Authoritative, definitely and derivatively. Scriptures. Probably not yet.

Consider how Luke (although the gospel itself doesn’t name him) explains his work. Luke 1:1-4 (NKJV):-

Inasmuch as many have taken in hand to set in order a narrative of those things which have been fulfilled among us, just as those who from the beginning were eyewitnesses and ministers of the word delivered them to us, it seemed good to me also, having had perfect understanding of all things from the very first, to write to you an orderly account, most excellent Theophilus, that you may know the certainty of those things in which you were instructed.

Luke, it seems, was saying that he was doing what many others have done – that is to put together an account of Jesus’ teachings – and he was writing this for his friend Theophilus (although some argue that Theophilus wasn’t an actual person but a “code” for a those who love God.) On the surface of it, it was a personal letter, albeit an extremely long one. Luke’s motivation was that it seemed like a good idea to him – ἔδοξεν κἀμοὶ would be more directly translated “and I thought”. I’m not entirely sure why some versions translate it as “seemed good” because the idea of “good” just isn’t there in the Greek. The NRSV and NIV come closer with their translations of Luke 1:3 (NRSV):-

So Luke had this idea (you could say that he was perhaps inspired?) to inform Theophilus of what he had learned in order to convince him (v.4). Regardless of whether Luke might have been inspired by God to embark on his writing or not, it is important to see that Luke himself did not explicitly think that he was creating new holy scriptures, as far as we can tell. It seems like he thought he was doing what many others have done (probably referring to other gospel writers though not necessarily limited to the gospels of Matthew & Mark. John was written much later.) If Luke didn’t see his writing as scripture, it should follow that his first readers would not regard it as holy scriptures either. That must have happened at some later point. At this beginning point, no one was going “Oh, Luke wrote under the inspiration of God and therefore his gospel should be included in the new canon.”

The Apostles received the Gospel for us from the Lord Jesus Christ; Jesus Christ was sent forth from God.

This might have worked for Matthew but Luke was not himself an apostle, nor was he one of the first disciples of Jesus, nor even a Jew. While it is true that he might have travelled with Paul, neither was Paul one of the original 12-apostles, nor was he a direct eye-witness to the life and ministry of the Lord. (Mark was also not one of the 12-apostles either.)

My point is that the writings of Luke, which we now regard as holy scriptures, acquired that status somewhere down the line after the initial writing and first reading. The recognition that it was “theopneustos” (God-breathed:beneficial or profitable – see earlier post) came through a process that didn’t speed up until the middle of the 2nd century when the problems with spurious writings became more widespread.

The reason for all this study is to make us consider what the nature of “inspiration” might be. What qualifies something as “scripture” if not explicit divine inspiration? And when did that happen? I suspect that some Christians have this notion that God guided the hands of the writers to virtually dictate what was to be written. In that way, they would claim that every single word of the NT was literally the word of God, selected divinely and supernaturally conveyed through the NT authors’ hands (and those of their amanuensis.) At least for the examples above – this does not seem to be the case. I would suggest that “inspiration” must work some other way than what the Germans called senkrecht von oben (came vertically from above.)

This post is getting way longer than I would like it to be so I will leave you with this cliff-hanger!