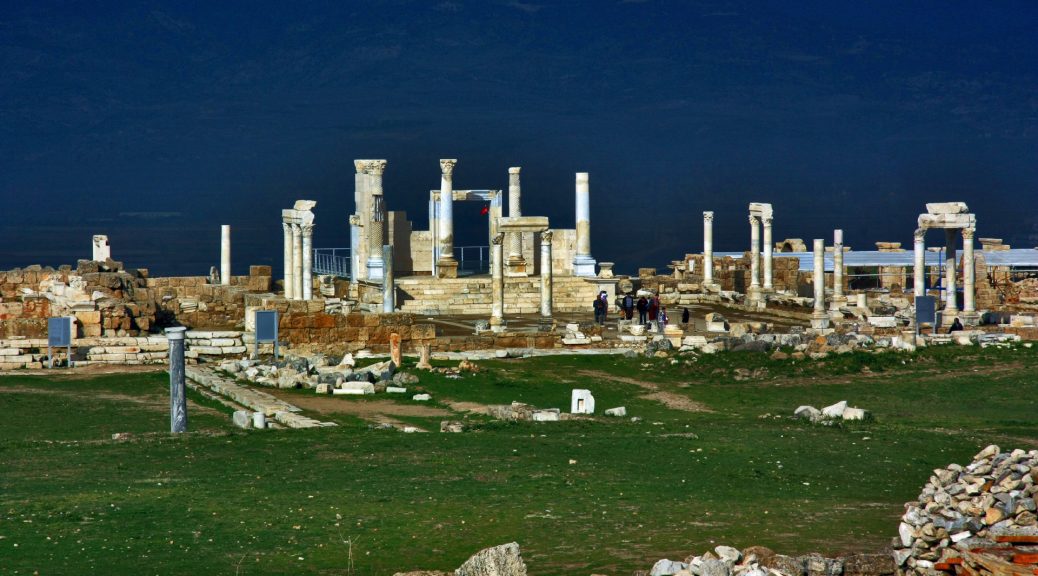 In my last post, I suggested that 2Tim 3:15-16 referred to the Old Testament (or the Tanakh) when talking about the writings being “inspired” or “god-breathed.” Obviously that leaves us with the problem of figuring out the status of the NT books – are they or are they not inspired books? If so, on what basis do we say that they’re inspired. We would further have to talk about what we mean when we say something is “inspired”. Before getting to that, here are some questions you may want to consider even as we explore this subject.

Col 4:16 (NKJV) – Now when this epistle is read among you, see that it is read also in the church of the Laodiceans, and that you likewise read the epistle from Laodicea.

Yup. We do not have this epistle to the Laodiceans in our NT! Question here: Do you think that the Laodicean letter is as inspired as the Colossian letter? If so, would we not be missing some important inspired revelation of God as a result of some historical boo-boo. I mean – somebody’s in trouble! (Inside (lame) joke: “I’m not sayin’ how but somebody’s gonna get hurt real bad!”) See, this poses some interesting questions to us about God’s plan for how his truth would be transmitted historically. If every bit of scripture contains some unique and special revelation, losing an entire inspired book could be catastrophic for the church, right? I mean, for all we know, it could contain some truth that could fundamentally change the way we did Christianity. So how?

Which brings me to the second question – who decided that just those 27-books of the NT (or maybe 28 if we include the missing epistle to the Laodiceans) would be THE inspired books? Think about it. The authority that determines what goes into the NT canon must itself be higher than the authority of the canon itself, by definition. It turns out that in some of the early lists of canonical NT books, other books that are no longer in our modern NT canon were included – such as “The Shepherd of Hermas” (which is arguably a rather weird allegorical work but was widely read and accepted in the early church) which was still found in the Codex Sinaiticus.

For those of you who are curious, like me, here’s the Epistle to the Laodiceans in full. This Roman letter is of an unknown date of origin but the Latin manuscript we have dates back to the 6th century. Fortunately for me (since I’m hand-typing this) it is rather short:-

Paul, an apostle not of men and not through man, but through Jesus Christ, to the brethren who are in Laodicea. Grace to you and peace from God the Father and the Lord Jesus Christ. I thank Christ in all my prayer that you are steadfast in him and persevering in his works, in expectation of the promise for the day of judgement. And may you not be deceived by the vain talk of some people who tell you tales that they may lead you away from the truth of the gospel which is proclaimed by me. … Therefore, beloved, as you have heard in my presence, so hold fast and do in the fear of God, and eternal life will be your portion. For it is God who works in you. And do without hesitation what you do. And for the rest, beloved, rejoice in Christ and beware of those who are out for sordid gain. May all your requests be manifest before God, and [may you] be steadfast in the mind of Christ. And what is pure, true, proper, just, and lovely, do. And what you have heard and received, hold in your heart and peace will be with you. … The saints salute you. The grace of the Lord Jesus Christ be with your spirit. And see that this letter is read to the Colossians and that of the Colossians among you.

Well, now, isn’t that interesting? We will, in a future post, discuss how books came to be included into the Canon of the NT. For the moment – how would you determine if this particular book belongs in the NT?

The NT canon evolved over time. Polycarp acknowledged 15 books, Irenaeus 21 books, Hippolytus 22. A number of books in our present canon was considered controversial – Hebrews, James, 2Peter, 2 & 3John. Sometimes they fought and disagreed over which books to include – Marcion, for example, rejected many Pauline epistles and all of the Jewish books. By 170AD, the Muratorian Canon (list) included 24 of our 27 NT books. The Council of Laodicea (363AD) agreed on 26 books, the Council of Hippo (393AD) and Carthage (397AD) agreed on the present 27 books. I know that there are many who will argue vehemently that the men simply “recognized” books that God had divinely selected but truthfully, that’s a pretty lame argument that simply evades the issue. In short, we have a bit of a problem here if we continue to insist on a notion of inspiration that relies solely on having the “correct” texts. Furthermore, you cannot escape the human element in all this.

It should further be pointed out that we don’t actually know who authored some of the canonical books of the NT, such as the book of Hebrew. Some speculate that it could have been Paul but we do not know for sure. Others dispute the authenticity of the claimed authors – many of which we know only by tradition.

I think we need to explore a simpler and more robust idea of how “inspiration” works, something less “magical”. That will have to wait for yet another post.